Normally, I wouldn’t necessarily encourage anyone to sign up for a credit card. Credit card companies are, for the most part, duplicitous piles of garbage that prey on financial ignorance or hardship.

But they are also provide useful tools that can be manipulated to the benefit of the financially well informed.

If you are looking for a cash back card, give the Chase Freedom Card a try. Just pay it off every month.

I recently upgraded my cell phone. I’ve been using an HTC EVO Shift 4G for a couple years. While I will miss the physical keyboard, how HTC ever decided the paltry amount of phone storage (384 MB) was sufficient still baffles me.

The EVO was a company provided phone and since Sprint didn’t have any phones that were particularly compelling, I set out to upgrade my personal cell (An LG CU500 flip phone).

Based on some great reviews, I picked the HTC One X+ as my new phone of choice. But I encountered a few issues with AT&T. END_OF_DOCUMENT_TOKEN_TO_BE_REPLACED

What Up With That – Samuel L Jackson

“Come on Sam. Come on now. That costs money.”

Did Samuel L. Jackson drop an F-bomb on the December 15, 2012 episode of Saturday Night Live? And then follow it up with “This is some bullshit”?

You be the judge. END_OF_DOCUMENT_TOKEN_TO_BE_REPLACED

How To: View Sharepoint Workflows in Visio

Recently, I was bringing a new team member up to speed on a Sharepoint Project.

I wanted to cover some of the list workflows and explain some of the quirky system behavior.

I figured the easiest way to illustrate these workflows would be to export them from Sharepoint Designer and look at them in Visio.

END_OF_DOCUMENT_TOKEN_TO_BE_REPLACED 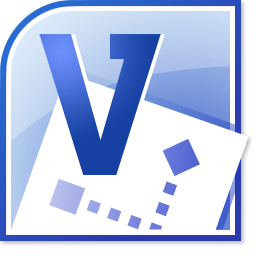 Microsoft Visio is not a tool I normally pull out of my toolbox.

Recently, when trying to explain a home network layout to a VP for the seventh time, I had a need for a visual representation of what I was failing to verbalize.

It is with that in mind that I fired up Microsoft Visio to document how I was going to attempt to:

I say attempt because in a house this old and large, the signal is going to be weak, no matter what. Of course, that I fixed this issue 9 months ago by putting the best router in place that I could find, only to have him replace it with a crappy AT&T 2Wire gateway without telling me counts for nothing.

Back to my Visio issue. Several times while creating his layout, I would draw the first few objects and then attempt to move one and Visio would stop responding. So I’d try it again, same freeze, but with a different action. WTH?

After a few more rounds of insanity, I got a note saying the “Send to Bluetooth” Add-In may not be working correctly, would I like to disable it? Sure enough, that did the trick and Visio has been behaving itself ever since.

To disable this add-in:

Like I said a few years back when Karen Vail left the show, I’m a big fan of Frank O. Pinion and the Large Morning Show in the Afternoon, currently on KTRS 550 AM in St. Louis.

It was announced last Thursday (10/4/12) that another player, Tina Dalpiaz, was leaving the show. Frank discussed Tina’s departure in the final hour of the show.

I commend the transparency and discussion of a departure.

Click here to listen to the segment clip discussing Tina Dalpiaz’s departure from the show.

Best wishes to Tina and much success to her business.

Justin Bieber is a Fraud

Currently, Justin Bieber is continuing to sweep the world with his teen pop antics and musical stylings. He is the first true “social media” star. Sadly, Justin built his fame on a lie. Shocking, I know. END_OF_DOCUMENT_TOKEN_TO_BE_REPLACED

Donate via PayPal instead of Square Cash