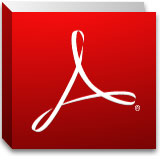 I recently found myself building an SCCM package for Adobe Reader 9.4. Sure enough, I got it tested, packaged and distributed just as Adobe Reader X was released. I mention that only as a disclaimer that I don’t know if the following works with Adobe Reader X.

After testing with a pilot group, some of them mentioned that the default toolbar in Adobe Reader 9.4 had a couple of things they didn’t want and a few items that the did want.

Here is what I wanted it to look like:

I set about trying to find where Adobe stored the settings for that toolbar and had the hardest time finding it. I finally stumbled across it here. Since the answer was not easy to find, I figured I’d use this as an excuse to update my oft-neglected site.

The location of the Adobe Reader toolbars are found here:

So customize your menu to your liking and then export that reg key and you’ll be good to go.

The other problem I ran into is that I had set the regedit /S “myregfile.reg” command in SCCM to be run under an administrative context. Because Adobe stores the toolbars in HKEY_CURRENT_USER, you have to make sure that your program is set to run Only When a user is logged on so that you can force it to Run with user’s rights. 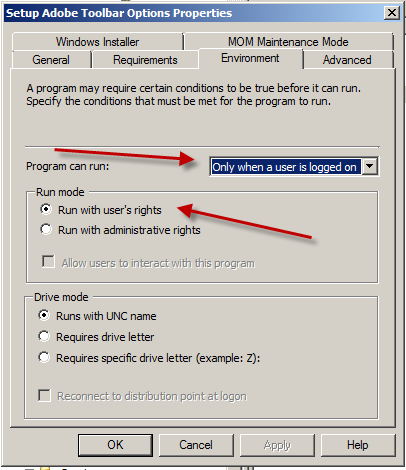 TrackMyShipments.com is no more
The Move to Office 2007: Where are my toolbars and what’s with the Ribbon?